Views from the field 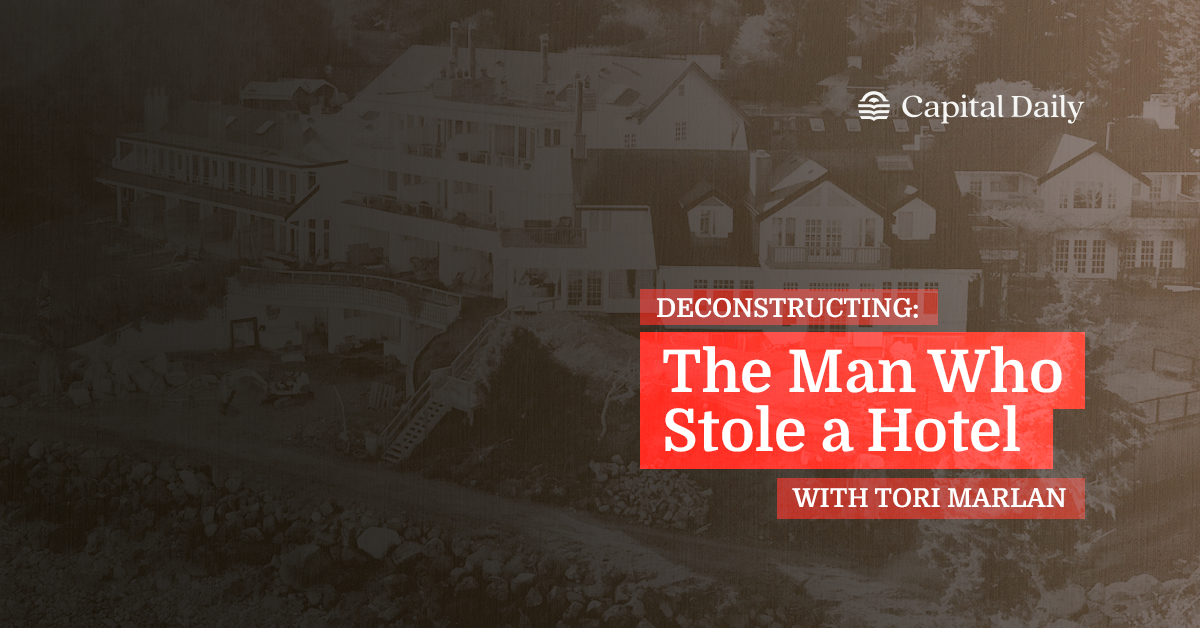 📍 Victoria, BC - With rambling gardens, a world-class restaurant, breathtaking views, and personalized service, the Sooke Harbour House had gained a reputation internationally as a must-visit destination. Then it swiftly came crashing down around its owners, a couple who had invested their lives—and life savings—into building it up. It wasn’t a coincidence that a charming investor had waltzed in at the start of all their trouble. His name was Timothy Durkin, and through threats, lies, broken promises and bullying, he cost them everything.

The Sooke Harbour House saga is the perfect test case for what we do at Capital Daily: while the case played out, day after day, in court proceedings and was reported in incremental episodes across local media, the forest was being lost for the trees. No media outlet was tying it all together, and more importantly, none had taken the time to ask how this all happened—how Durkin was allowed to operate in Canada with impunity after already escaping the US justice system.

Tori’s keen eye for detail, her thorough investigation, and her gripping storytelling propelled this story all over the world. Readers in nearly every country on the planet dove into the full account of what may otherwise have been half-told as a quirky local controversy. The victims of Durkin and Gregory’s interlocking scams deserved justice—and failing that, they deserved to have the perpetrator exposed for the world to see. Tori could only point toward the lack of the former, but she delivered on the latter with flying colours.

Join us on Wednesday, August 18 at 6pm PT as we discuss how this story came to pass, how Tori investigated it and put it all together, and how, in the publishing of this story, we kept ourselves safe from a famously litigious subject.

Q: How did you come across this case? What drew you to it that made you know you had to dig deeper?

A: This story began from a casual conversation. Not long after I moved to Victoria, someone reached out to me through my work email because we each had a connection to Chicago. (People in Victoria are very friendly.)

I got in touch with Marion, thinking I’d write about the scam. But as is usually the case, the story wasn’t exactly what I thought it was.

It was much, much bigger.

It turned out that Marion was just one of a handful of people on Vancouver Island who’d lost a significant amount of money after crossing paths with Tim Durkin.

Durkin, I learned, had been charged in the US with financial crimes related to a Ponzi scheme. As the FBI was closing in, he’d made his way to Sooke. The central question for me was how a fugitive from the US justice system could set up shop in Canada and then reel in a new crop of victims without any accountability.

A: Like all investigations, this story required intensive interviewing and research. The research included digging through thousands of pages of US and Canadian court and government documents and learning about complex financial crimes. Before we published it, I worked closely with my editor, Jimmy Thomson, and a freelance fact-checker. We also had the story vetted by a lawyer before publication.

Q: How did you track down sources for this story and were they willing to talk to you?

A: It wasn’t hard to find my main sources, thanks both to their names appearing in a court document and to the fact that several of them were in contact with one another and willing to provide me with phone numbers and email addresses. In a few instances I found people through online directories, company and government websites, or social media. It also helps beyond measure when two of your main sources are former police officers who’ve already done a lot of legwork tracking people down.

Tim Durkin was the hardest for me to find. I sent emails to him at a couple of different addresses, which he’d listed on immigration forms and used in old correspondences, though I was unsure which of them, if either, he was still using. I also called a couple of different cell numbers associated with him and spoke with people in his orbit (a former employee, his former business partner, his wife). He responded to none of my requests for an interview, but when he signed for registered letters that I sent to his PO Box, I knew I’d successfully found him, though he chose not to respond.

By contrast, those who felt wronged by him were eager to talk, with one exception.

Q: When do you know that your investigative story is done and ready to be published?

A: When I’ve answered all the editing and fact-checking queries!

Q: If you could give one tip to a young journalist just getting into investigative reporting, what would it be?

A: Immerse yourself in your material. Follow your stories wherever the research takes you. Be open to whatever it is you discover, even when it contradicts your preconceived notions or completely changes your story.

Equally important: Know your material well. That might require interviewing people more than once--repeatedly, even--and asking the same questions more than once (perhaps in different ways). Learn how to file FOI requests and pull court cases. Read, don’t just skim, the documents. Don’t rush. Make sure your story is bulletproof.

And someday when you are asked to share just one tip with young journalists, give several!

To get your ticket and register for the Capital Daily's event, Deconstructing The Man Who Stole a Hotel, please click here.